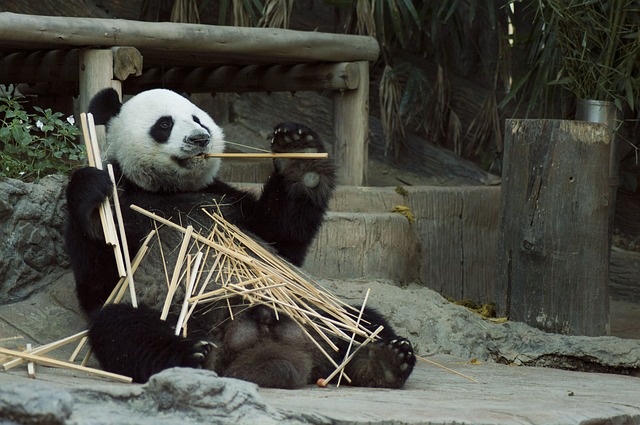 Well, there may not actually be a Google zoo (yet!), but there is a coterie of animals that feature Google as their first names.  These would be the Google Panda, Google Penguin, Google Hummingbird and Google Pigeon.

So, what is this odd menagerie?   In reality they’re code names for major Google algorithm updates that have occurred over the years.

Although the latest animal related announcement, Google Pigeon, occured in 2014, all of them remain massively influential in the way websites are ranked today.

For that reason we’ll further analyze each of the so-called animals to learn what they mean for online marketers, SEO experts and website developers.

Released in 2011, this Google algorithm update caused huge changes in the SEO world.  Up until the Panda was released, black-hat SEO firms were gaining top Google rankings by building websites with stolen information and creating huge stores of expert material.

Panda effectively halted this practice by penalizing websites with copied content by removing them from the top search results.  The Panda algorithm promotes  websites with unique, quality content that’s valuable to users.

Google Penguin was unleashed in 2012 and served to lower the rankings of sites with manipulative and spammy backlinks.  Penguin trawls the web periodically searching for sites with problematic links and demotes them accordingly.

Hummingbird first appeared in 2013 and works to provide better answers to search queries.  Hummingbird was also developed to take into account long tail keywords and searches done by voice.

By focusing on natural, spoken language keywords, websites can become promoted in the rankings.  Additionally, by providing quality content that specifically answers questions posed by Google users, website developers and SEO specialists will improve their results.

Pigeon, the most recent of the Google algorithm menagerie was released in 2015.  The focus of Pigeon is to increase local listings in search results.  Pigeon affects the regular Google search page as well as Google Maps by taking into account the user’s location.

Google Pigeon is an obvious bonus for local businesses looking to attract customers from their surrounding areas.  By using a location based keyword strategy, marketers, developers and SEO experts can make Pigeon work to their advantage.

HeyLead prides itself on its knowledge base that has its foundation built upon major historical developments in website design, search engine optimization and internet marketing.  If you’re looking for better results from your online presence, get in touch with HeyLead today.

Back to blog
Request a quote